In the early 1900s, East Hanover was home to several stills during Prohibition. The Hanover Manor’s main building was home to an illicit brew house and when Prohibition ended, the building became Ray’s Tavern. Then in 1940, a fire destroyed Ray’s Tavern and soon after, the building became the St. Moritz. In 1961, another fire destroyed the East Hanover landmark which then became Albert’s Chateau. On October 31, 1977, the Tsanakos and Kontogiannis family acquired the restaurant which still continues to be run by the same family today.

From Farm to Restaurant

Above: 1977, Angelo Kontogiannis prepares for The Hanover Manor’s grand opening

Here at the Hanover Manor, we treat every guest like a special friend—focusing on service, quality, and professionalism.

A TRADITION OF EXCELLENCE SINCE 1977

The Hanover Manor has been providing fine catering since 1977 for weddings and private events, including bar and bat mitzvahs, sweet 16’s, anniversaries, corporate events and special celebrations. Our multi-room banquet facility offers distinguished catering, ample banquet space and gorgeous grounds. Every moment of your affair will be a lasting memory. At The Hanover Manor, you can experience our premiere cuisine, our beautiful elegant ballrooms and our personalized service with any event celebration. Contact us today at 973-887-2682 and allow us to help you create a timeless, unique experience you will never forget. Learn more » 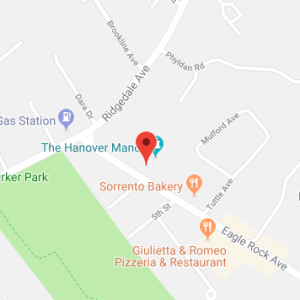